Mission Local Immigration Partnership (LIP) coordinator Rick Rake appeared as a delegation before District of Mission Council on Feb. 19 with some interesting interactions.

Rake outlined the LIP activities since it was launched in 2014, highlighted the work, partnership building and membership of the influential LIP Council, and shared the fact that almost 5,000 people in Mission were not born in Canada. The Mission LIP is funded by Immigration Refugees Citizenship Canada (IRCC).

Rake also provided some information on the Statistics Canada 2016 Census Profile on Mission which highlights a clear picture of immigration in the community. That profile link is HERE. 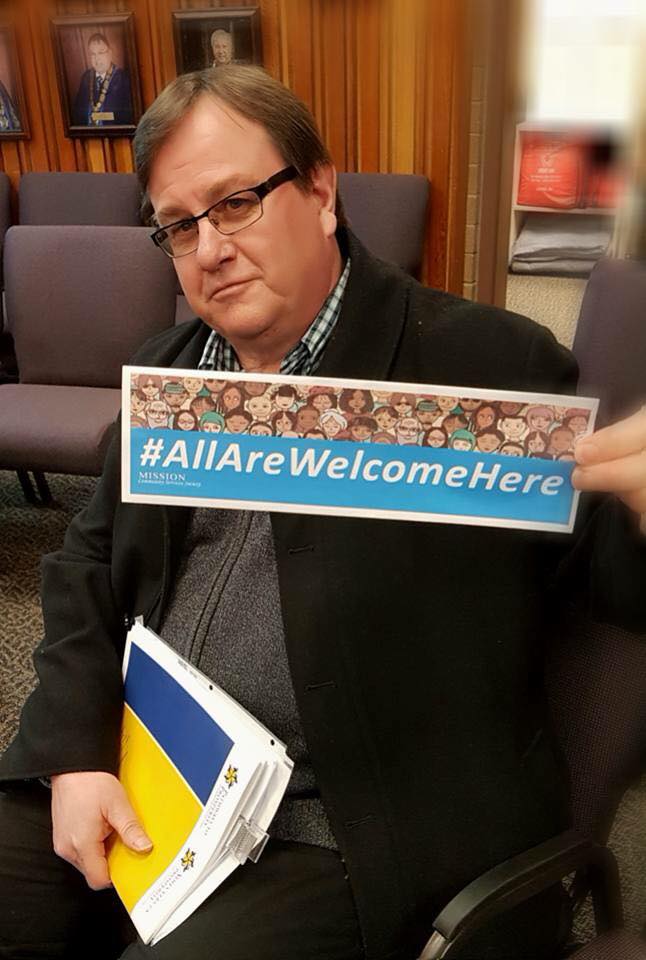 Rick Rake, LIP coordinator in Mission, with draft of bumper sticker for campaign to launch March 17. A Mission Record story on the forum is HERE. 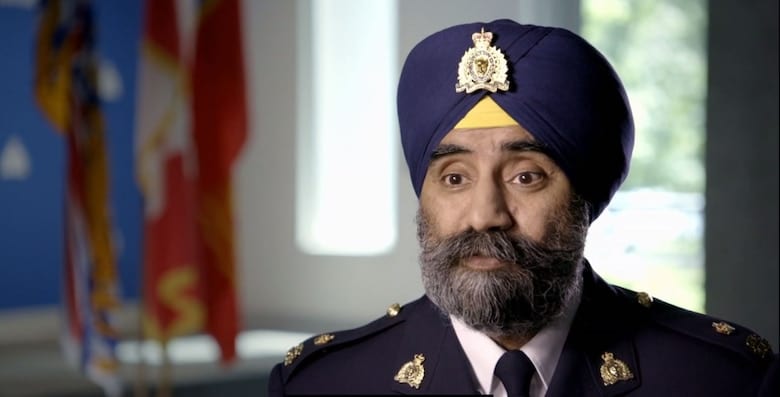 The LIP also represents MCSS as a partner at the annual Fraser Valley Cultural Diversity Awards, this year planned for March 2 at the Quailty Hotel and Conference Centre in Abbotsford.

Rake highlighted a new bumper sticker/hashtag campaign #AllAreWelcomeHere that will be introduced at the March 17 immigration forum in Mission.

The ask of Council on Feb. 19 by the LIP was this:  “Please provide a united voice or commentary on the welcoming nature of the district for immigrant newcomers . . . that can be publicly shared.  That may include a short statement or sentence about the benefits of having newcomers settle in Mission.”

Mission Mayor Randy Hawes said a response to the request would occur before the March 17 Mission immigration forum.

Council members agreed that Mission is a friendly place to settle, and  newcomers here, in particular the more than 30 refugees that have settled in the community from The Congo and Syria are, receiving the support they require. 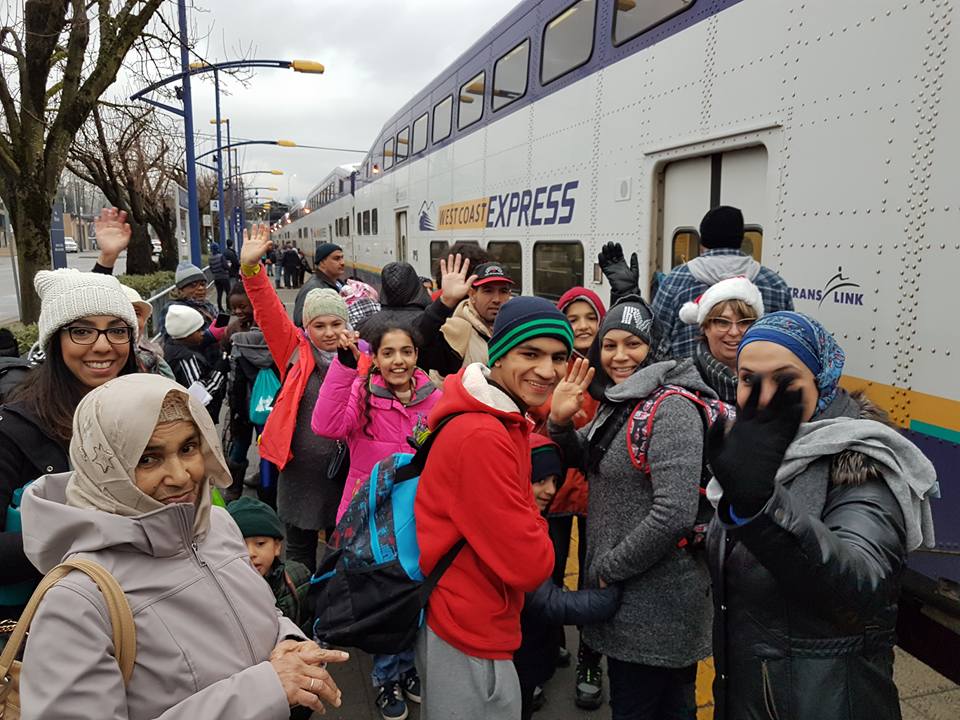